When I'm not spinning up a storm as a DJ here in NYC (and around the globe), I'm still keeping creative with my other art interests; writing my own music, photographing the world,  performing live shows with my band, and of course, enjoying this wonderful life.

If you're curious about my personal music, please visit my Bandcamp page and check out my albums, or my YouTube page to see my videos (which btw, I've also edited, and done a lot of the photography/video as well). It's a great way to spend a little time, and of course ... support local music and art!  My photographs can be seen on my Flickr page, so do stop by.

Below is my bio about the non-DJ things that I do, have a lookie. Cheers!  Dina

Manhattan based Dina Regine chuckles as she refers to herself as a 'creative juggler', but it's a totally spot on description of how she lives her life. She has had major publishing deals with Sony Music, & Warner Brothers in the US and Europe, and has co-written songs for several major label releases.  Her first professional recording was with Jimmy Cliff on his live album 'In Concert; Best of Jimmy Cliff Live'.  Her first professional audition was for Bruce Springsteen. The Boss told her she should be fronting her own band, and she took his advice!  Getting to jam with the E Street Band in Asbury Park was a rare lesson for a very young Dina, to always keep the bar high with the musicians she choose to play with.  A few years ago, Regine got to fill Bruce in on what she'd been up to...he hugged her!

As an independent solo artist, Regine released two self produced albums and a Christmas single 'Forever Christmas Eve'. Regine’s song  ‘Beautiful’ off her first album ‘Be As It Will’ won in the category ‘Best Folk Song' in the international 'SONG OF THE YEAR' competition.  Her third and most recent album, the vintage flavored ‘Right On, Alright’ that she co-produced with Nik Chinboukas was critically acclaimed, and has garnered her ‘Coolest Song In The World’ with the song ‘Gotta Tell You’ on Steven Van Zandt’s Underground Garage on Sirius XM Radio (where she has several songs on rotation). Since its release, the song has also received worldwide airplay, as well as having been featured in the acclaimed television series Lilyhammer. 'Can't Find You Anywhere' and 'Nothing Here' from the same album are both featured in the movie Black Widows.

Regine recently recorded a gorgeous duet with Cody Melville on his album 'Bonds Eye' in 2017, as well as on the album '21st Century World' by hit songwriter Bruce Sudano (Donna Summer, Michael Jackson, Brooklyn Dreams). In 2018 Regine teamed up with The Rousers on a song she penned called 'Take A Ride To The Lower East Side', a fun Ramones inspired single that got its debut on WFUV, kicking off a special about  songs telling stories about downtown NYC.

Regine took her storytelling to a new level as part of the group show 'The Curly Monologues' in the fall of 2017 at the theater at the 14th Street Y. This was yet another reinvention for Dina, hitting the stage as not only an actor,  but also as a writer for for the monologue she performed.

Dina Regine is currently in pre-production for her new record 'Astoria', and can be seen performing live,  both solo/acoustic (in person and via livestreams), and with her all-star band featuring  musicians who have worked with Bill Frisell, David Bowie, Bruce Springsteen, Levon Helm, Norah Jones, and the Rolling Stones. She also will be a featured writer in a forthcoming book about Bob Dylan 'Bob Dylan In New York, Troubadour Tales', out in November in the UK, and 2022 in the USA.

" Dina doesn't just allow her influences to creep into her songs, she takes the flavor and feel,
and makes it a part of her musical vocabulary"- CLASSIC ROCK REVISITED

"Dina Regine can strum a guitar, click a camera, and spin a record.
This multi-talented woman from New York has been involved in music since a very early age, being heavily influenced
​by legendary artists from blues, rock and roll, and soul music"  ​- ​GUITAR GIRL MAGAZINE
​
"Smart, tuneful, lyrical, thoughtful. Old-school soul revivalist - NY CITY LIVE

"Regine sings with a gentle unease. How she varies her delivery from one track to another,
from sweet to defiant and undeterred, is one of the album's strongest points"  - NEW YORK MUSIC DAILY 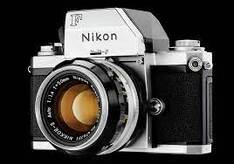 ​Dina Regine is also a published photographer, and has photographed some of the biggest artists ever to grace the music scene. Her non-music photographic work has been shown in several gallery shows, and she also has pieces in the Metropolitan Museum of Art’s education collection, and her photograph 'Last Stop' is featured in the New York Transit Museum. Regine has also photographed many album covers over the years, and her work has been published in countless periodicals, Biographies,  and coffee table books. Her work has also been featured in movies and TV.   Recently, Regine has also ventured into video production and editing with her own music videos, as well as with other artists.

​Dina Regine is currently working on a photography book/memoir with a compilation of her work as a teenager taking photos at concerts.